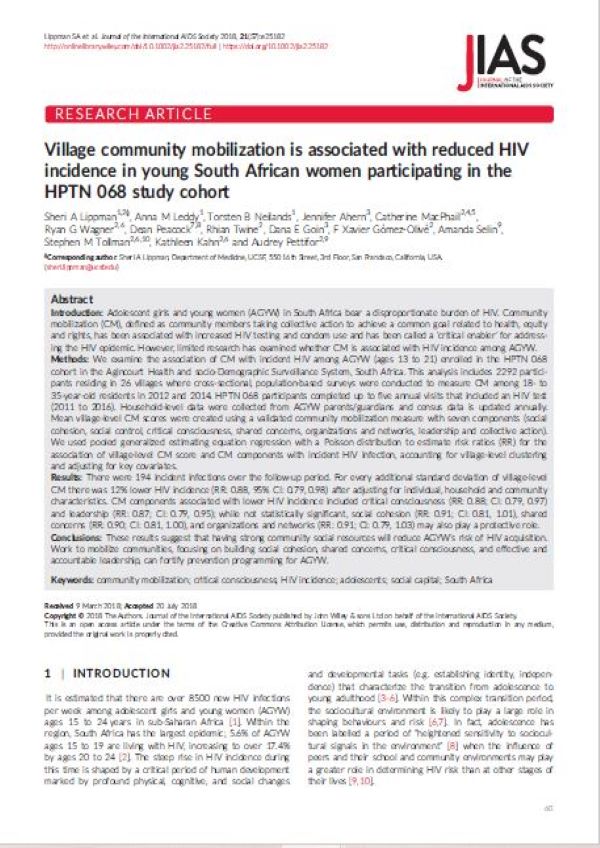 Community mobilization (CM) has been associated with increased HIV testing and condom use and has been called a ‘critical enabler’ for addressing the HIV epidemic. This paper examines the association of CM with incident HIV among adolescent girls and young women (ages 13 to 21) enrolled in the HPTN 068 cohort in the Agincourt Health […]

Changing the norms that drive intimate partner violence: findings from a cluster randomized trial on what predisposes bystanders to take action in Kampala, Uganda 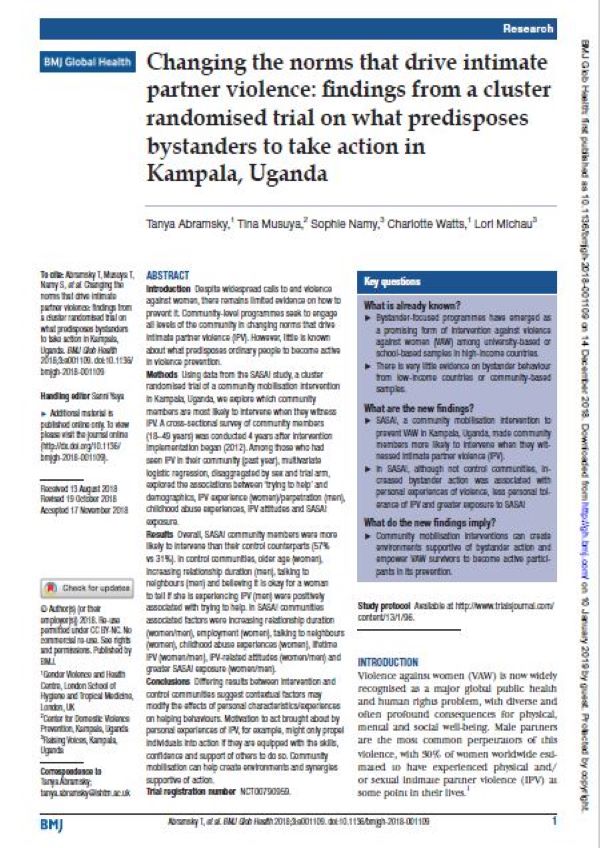 Despite widespread calls to end violence against women, there remains limited evidence on how to prevent it. Using data from the SASA study, the paper explores which community members are most likely to intervene when they witness intimate partner violence. 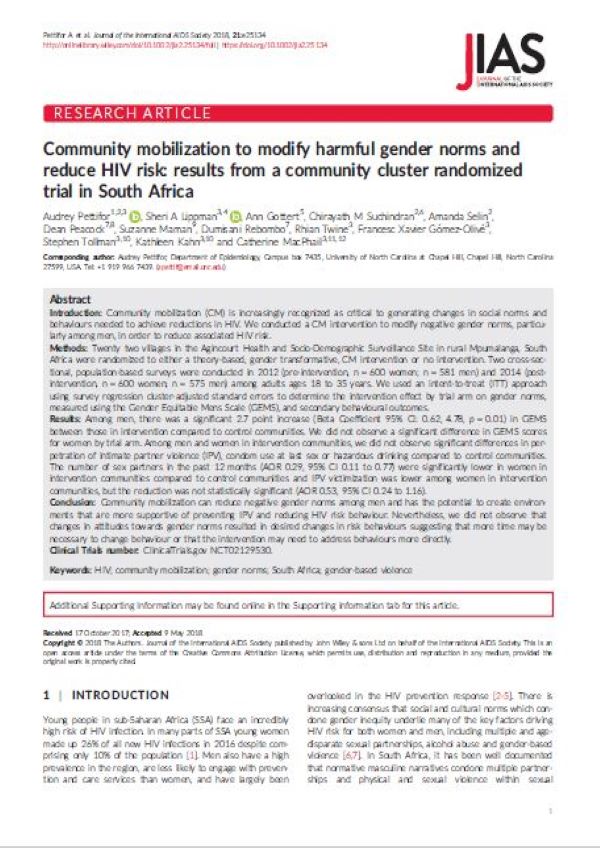 Community mobilization (CM) is increasingly recognized as critical to generating changes in social norms and behaviors needed to achieve reductions in HIV. We conducted a CM intervention to modify negative gender norms, particularly among men, in order to reduce associated HIV risk. 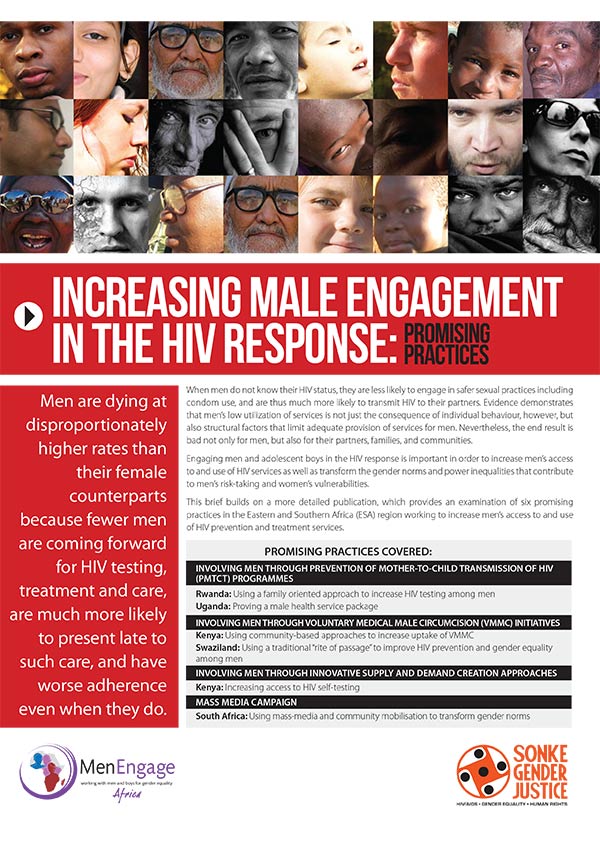 The ‘One Man Can’ Model: Community Mobilization as an Approach to Promote Gender Equality and Reduce HIV Vulnerability in South Africa 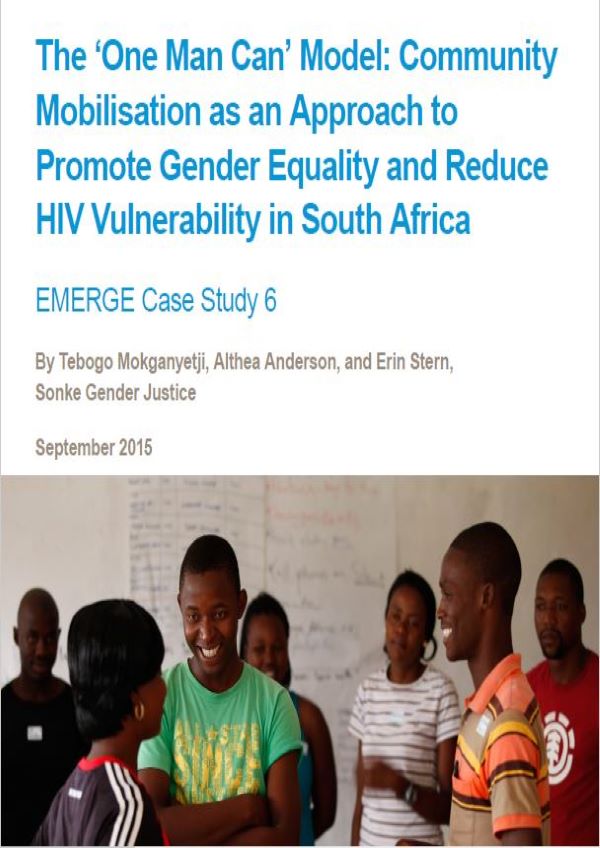 This case study examines qualitative data collected as part of a gender equality and HIV prevention intervention implemented in rural South Africa that engaged men 18 to 35 years old to increase their support for girls’ and women’s rights and to decrease men’s unsafe sexual practices, especially those that increase girls’ and young women’s vulnerability […]