Young men and the construction of masculinity in sub-Saharan Africa: Implications for HIV/AIDS, conflict, and violence

Gender is increasingly used as an analytical framework in program and policy development for youth in Africa, but in most cases gender refers almost exclusively to the disadvantages that women and girls face. Given the extent of gender inequalities in sub-Saharan Africa, an almost exclusive focus on women and girls has been appropriate. However, a gender perspective and gender mainstreaming have too often ignored the gender of men and boys. The aim of this paper is to explore what a gender perspective means when applied to young men in Africa focusing on conflict, violence and HIV/AIDS. It explores the construction of manhoods in Africa and argues for the application of a more sophisticated gender analysis that also includes men and youth. 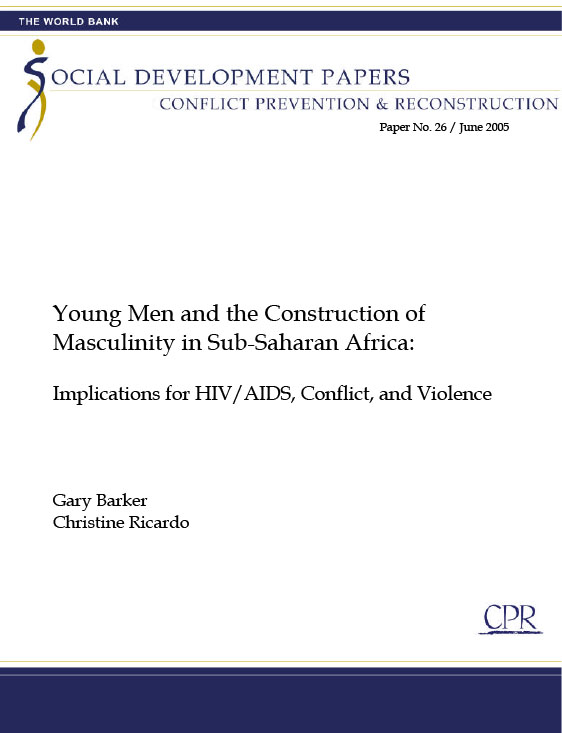