Delivery of effective HIV antiretroviral therapy (ART) to the more than 6 million persons with HIV in South Africa is well underway, with early data on the impact of this massive public health effort demonstrating a reversal of the previous decade’s precipitous decline in population life expectancy. Although South Africa’s age and sex disparities in HIV acquisition have traditionally been described as disadvantaging young women, accumulating evidence now suggests a reverse disparity: although HIV care is available to both men and women and is nominally free of charge, women are more likely to be tested for HIV, engage in pre-treatment care, initiate treatment earlier, stay on treatment, and survive. To adopt the classic Eisenberg and Power analogy of health care as current flowing through an electric circuit, the voltage drops along the entire circuit of HIV care, from HIV infection to AIDS-free survival, are larger for men compared with women. There are simply too many missing men. 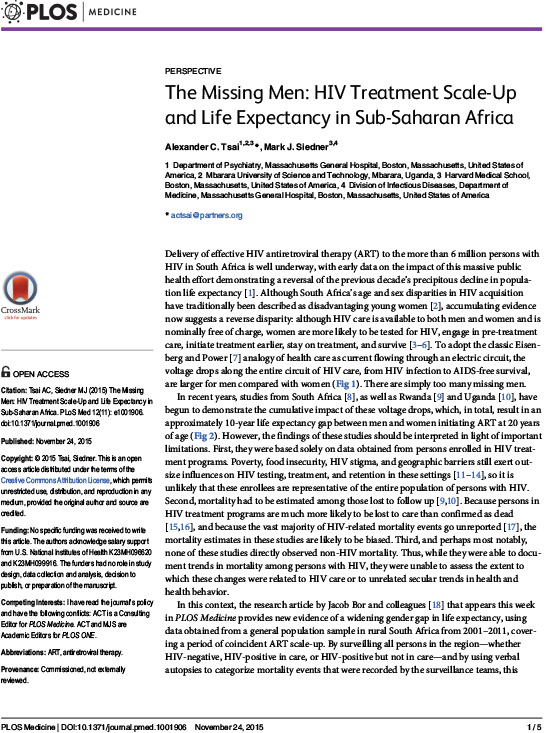