Rates of HIV testing and diagnosis in South Africa, 2002–2012: successes and challenges

UNAIDS aims for 90% of HIV-positive individuals to be diagnosed by 2020, but few attempts have been made in developing countries to estimate the fraction of the HIV-positive population that has been diagnosed.

To estimate the rate of HIV diagnosis in South Africa, reported numbers of HIV tests performed in the South African public and private health sectors were aggregated, and estimates of HIV prevalence in individuals tested for HIV were combined. The data were integrated into a mathematical model of the South African HIV epidemic, which was additionally calibrated to estimates of the fraction of the population ever tested for HIV, as reported in three national household surveys.

South Africa has made significant progress in expanding access to HIV testing, and at current testing rates, the target of 90% of HIV-positive adults diagnosed by 2020 is likely to be reached. However, uptake is relatively low in men and older adults. 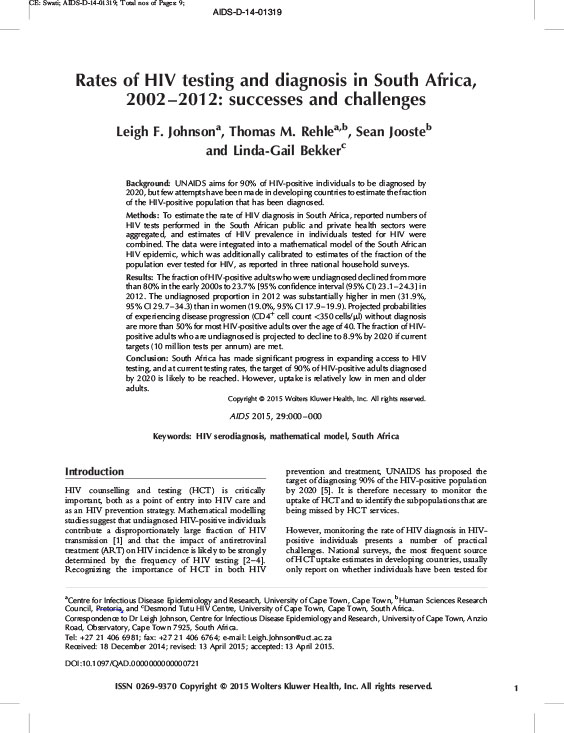