Population-wide differentials in HIV service access and outcomes in the Western Cape for men as compared to women, South Africa: 2008 to 2018: a cohort analysis

Few studies have systematically described population-level differences comparing men and women across the continuum of routine HIV care. This study quantifies differentials in HIV care, treatment and mortality outcomes for men and women over time in South Africa.

Compared to women, men presented with more advanced disease, were less likely to attend health care services annually, were less likely to initiate ART and had higher mortality overall and while receiving ART care. People living with HIV were more likely to initiate ART if they had acute reasons to access healthcare beyond HIV, such as being pregnant or being co-infected with tuberculosis. Our findings point to missed opportunities for improving access to and outcomes from interventions for men along the entire HIV cascade. 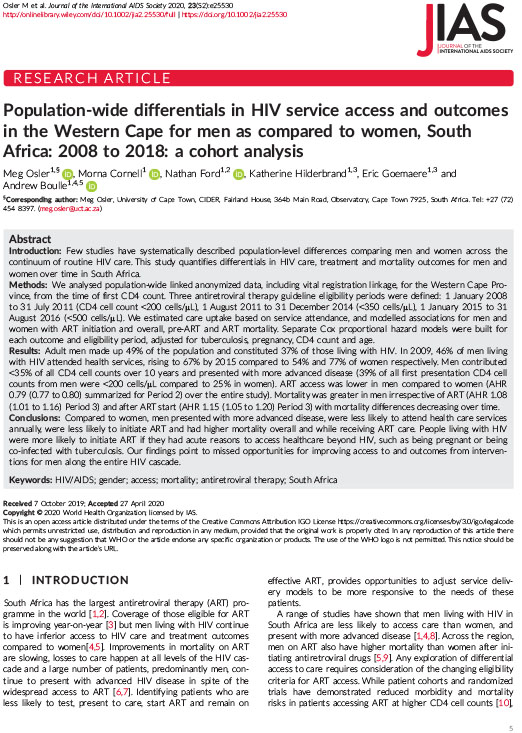