Emerging out of increased attention to gender equality within violence and HIV prevention efforts in South African society has been an intensified focus on masculinities. Garnering a deeper understanding of how men respond to shifting gender relations and rights on the ground is of urgent importance, particularly since social constructions of gender are implicated in the HIV/AIDS epidemic. As social scientists collaborating on a rights-based HIV and antiviolence program, we sought to understand masculinities, rights, and gender norms across six high HIV/AIDS seroprevalence provinces in South Africa. Drawing on focus group research, we explore the ways that men who are engaged in HIV and antiviolence programming can often be simultaneously resistant to and embracing of changes in masculinities, women’s rights, and gender relations. We use our findings on men’s responses to changing gender relations to make suggestions for how to better engage men in HIV and antiviolence programs. 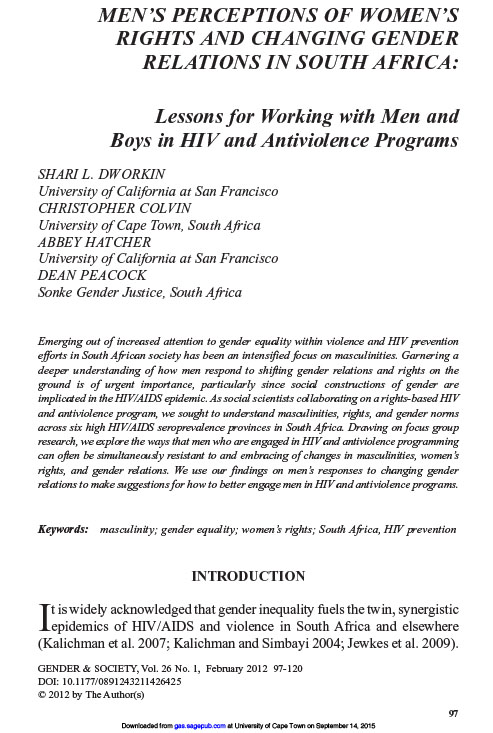