Women are frequently depicted as the face of AIDS in sub-Saharan Africa (SAA) where they comprise nearly 58% of all reported HIV infections. Donor dollars, policies, and HIV programs have followed suit, resulting in a near-exclusive focus on women. Although African women are represented as particularly vulnerable to HIV infection, it is men, not women, who are more likely to die of AIDS. AIDS prevalence may have the face of a woman, but AIDS mortality has the face of a man. 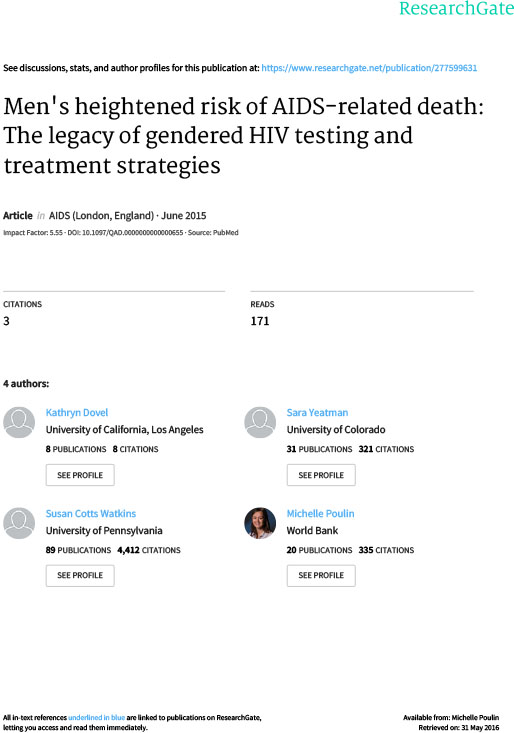