In South Africa, an estimated 4.6 million people were accessing antiretroviral therapy (ART) in 2018. As universal Test and Treat is implemented, these numbers will continue to increase. Given the need for lifelong care for millions of individuals, differentiated service delivery models for ART services such as adherence clubs (ACs) for stable patients are required. In this study, we describe long-term virologic outcomes of patients who have ever entered ACs in Khayelitsha, Cape Town.

This study demonstrates low prevalence of elevated VLs and confirmed virologic failure among patients who entered ACs. Although ACs were expanded rapidly, most patients were well monitored and remained stable, supporting the continued rollout of this model. 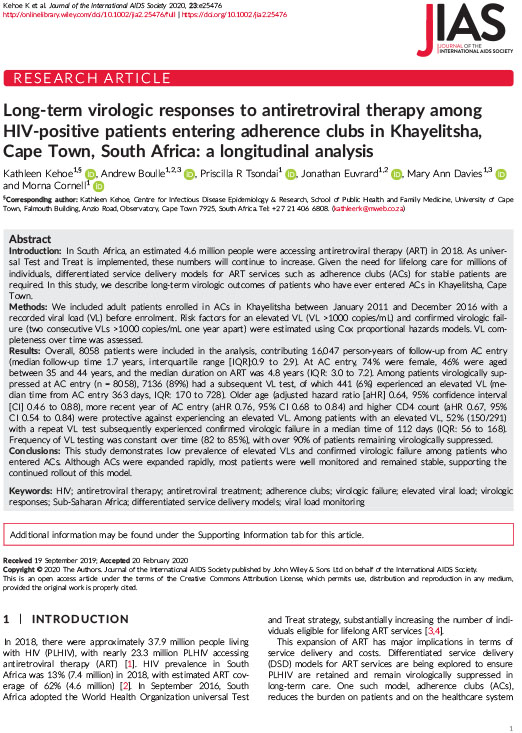