Does the success of HIV treatment depend on gender?

By the end of 2010, there were an estimated 34 million people living with HIV, 50% of whom were female. Worldwide, there are similar numbers of new HIV infections in men and women. In the early years of the HIV epidemic, prior to the advent of antiretroviral therapy (ART), there was extremely high morbidity and mortality; the median survival time from seroconversion to death without HIV treatment was 9.8 years in African populations, similar to survival in developed countries. 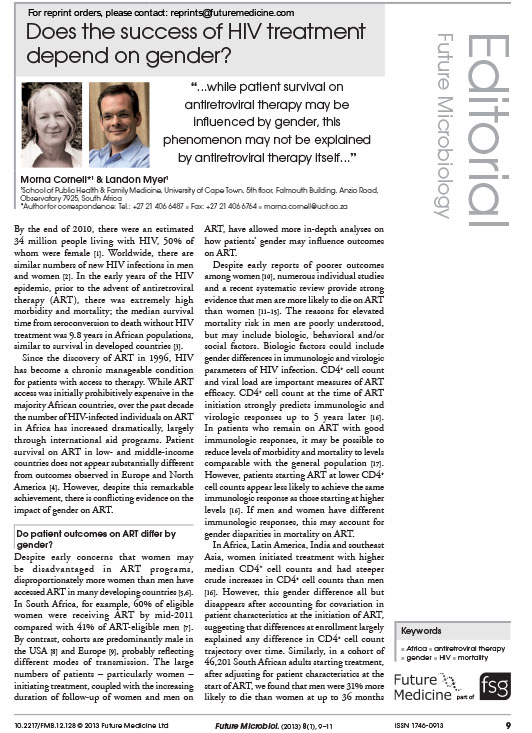