Contrasting Gender Differentials in HIV-1 Prevalence and Associated Mortality Increase in Eastern and Southern Africa: Artefact of Data or Natural Course of Epidemics?

Surveillance of the HIV-1 pandemic in sub-Saharan Africa and assessment of its demographic impact have relied overwhelmingly upon data collected from women attending antenatal clinics. Levels of HIV-1 prevalence among these women are thought to be close to those prevailing within the adult female population, and, since heterosexual sex is the predominant form of transmission in the region, it is usually assumed that similar levels also subsist among men. The validity of the first assumption has recently been called into question. Women with HIV-1 infection appear have lower fertility and are therefore less likely to be seen at antenatal clinics. There appear to be two principal contributory factors. First, previously sub-fertile women have a greater risk of becoming infected as infertility is often associated with a history of marital instability and other sexually transmitted diseases – both of which increase the chances of HIV-1 transmission. And, second, because HIV-1, itself, increases the rate of foetal loss in infected women. 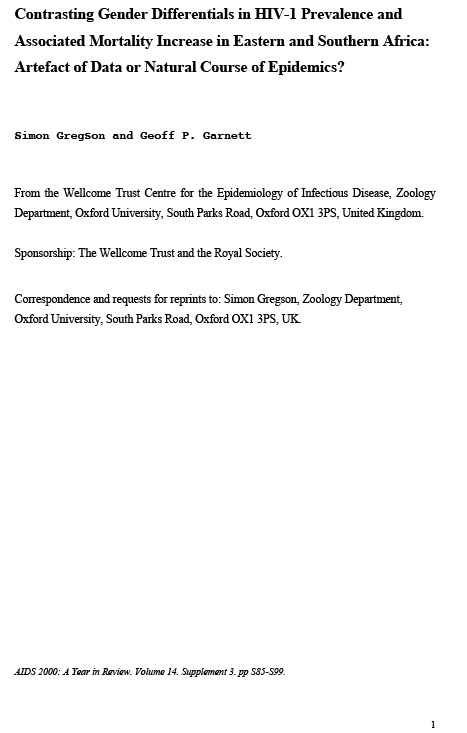