As access to antiretroviral therapy (ART) expands, increasing numbers of older patients will start treatment and need specialised long-term care. However, the effect of age in ART programmes in resource-constrained settings is poorly understood. The HIV epidemic is ageing rapidly and South Africa has one of the highest HIV population prevalences worldwide. We explored the effect of age on mortality of patients on ART in South Africa and whether this effect is mediated by baseline immunological status.

Health services need reorientation towards HIV diagnosis and starting of ART in older individuals. Policies are needed for long-term care of older people with HIV. 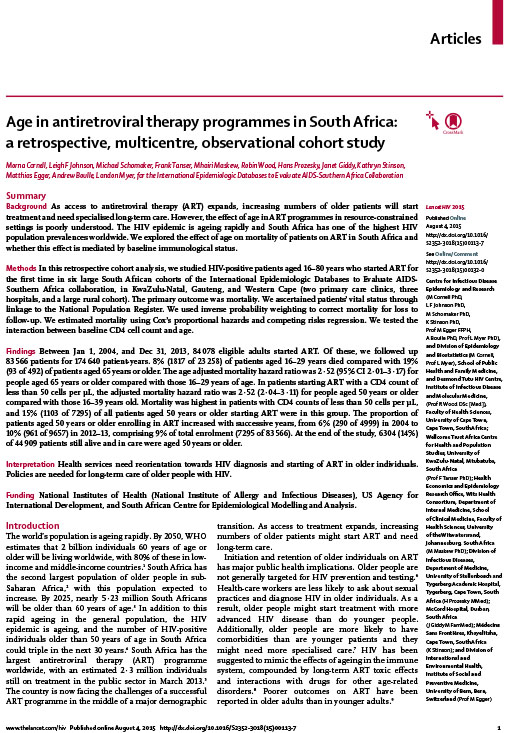