‘Leave no-one behind – including men’ 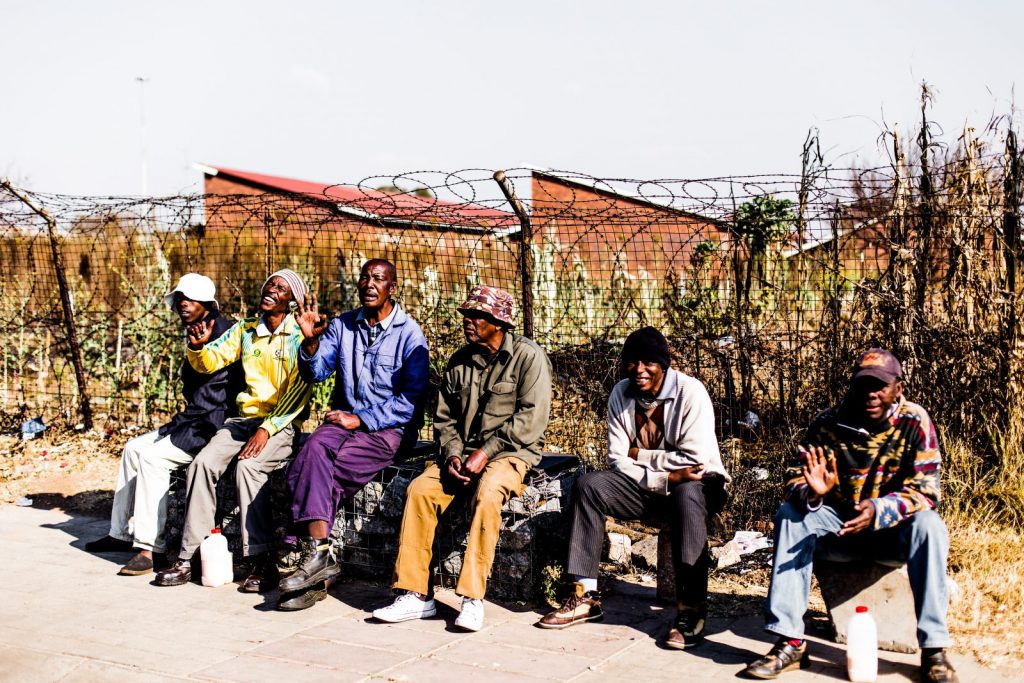 Since the first case of AIDS was confirmed just over 40 years ago, there has been a remarkable global response to HIV/AIDS. By 2019, 81% of people living with HIV (PLHIV) knew their HIV status, 82% of these had started ART, and 88% of those on ART were virologically suppressed.

But these are averages, and they hide important regional and gender differences. Globally, Sub-Saharan Africa(SSA) bears the heaviest HIV burden, home to two-thirds of all PLHIV; and within SSA, eastern and southern Africa(ESA) is the hardest-hit region, and hence the focus of this website.

The burden is also different for men and women. Women have higher incidence and as a result, have been prioritised for targeted funding and programming. Women also have better access to ART & lower mortality; in contrast, men are much less likely to test and start treatment, they’re sicker and older when they start, and have a higher risk of death. In terms of ending the HIV epidemic, men in ESA represent a key underserved population.

But you can only see this when you disaggregate the data – when you look at the data separately within regions and by sex. UNAIDS set ambitious targets to end AIDS by 2030. Known as the 90:90:90s, achieving these targets meant that by 2020, 90% of all PLHIV should know their HIV status; of these, 90% should be on treatment; and among those on ART, 90% should be virally suppressed. Across SSA, men have done consistently worse than women on testing and ART initiation for many years, but this is invisible if the data are not disaggregated. For example, in ESA in 2020, 89% of PLHIV had tested, but this average estimate hid the fact that only 87% of men vs 92% of women had ever tested. Similarly, an overall estimate of 87% initiated on ART masked the far lower enrolment of men than women (82% vs 90%). As the region has the highest HIV incidence, these differences translate into thousands of lives. Yet despite these glaring gaps, men have still not been prioritised for urgent action.

Historically, the global response to HIV focused mainly on women of reproductive age and children. Over time, this has grown to include – appropriately – key populations such as men who have sex with men, commercial sex workers, adolescent girls, and others. But one large group still remains largely invisible – men, predominantly black heterosexual men of low socio-economic status, living in SSA: in 2019, over 700,000 men aged 35-49 years did not know their HIV status in SSA – the largest single gap in HIV services.

It is time to integrate boys and men in responses to HIV, TB, and sexual and reproductive health programmes. Unfortunately, discussions like these often get polarised because of a fear that focusing on boys and men will take critical attention and funding from the needs of girls and women. Yet men’s health also has an impact on the health of their partners, so that even programmes that focus solely on adolescent girls and young women will not succeed if men’s HIV-related needs are not addressed.

It seems unlikely that there is a conscious decision or desire to exclude men, and the early gender focus on women’s health was appropriate in the context of deeply-entrenched patriarchal power dynamics. But too often, gender is still conflated with women, and gender & health are seen as a zero sum game in which men and women are competing populations, and men are somehow less deserving. For example, the UN General Assembly recently issued a 19-page declaration to ‘end inequalities and end AIDS by 2030’. This document notes ‘with concern’ that sub-Saharan Africa remains the worst-affected region, confirms that men have poorer outcomes across the HIV cascade, yet only calls for ‘urgent & exceptional action’ to curb the effects of the epidemic on women, adolescent girls and children. Despite the growing body of good evidence documenting men’s poorer access and outcomes in health care, global & national policies & responses continue to target women almost exclusively.

Historically and in many situations, men have greater social power and privilege than women, but men are not homogeneous and all-powerful. Men, like women, are born with sex and immersed into a highly gendered system, and their gendered pathways to health/ill health will be influenced by their sex, race, class, age and ability. In addition, colonialism has had a longlasting effect on the health of marginalised populations including indigenous men. And in Southern Africa, the appalling migrant labour system tore families apart and disempowered hundreds of thousands of African men. We need to recognise that men from marginalised groups are not necessarily privileged in health and may face higher morbidity and mortality than women.

International developments in recent years show some promise including the launch of the UNAIDS strategy to improve male engagement in the HIV continuum, the groundbreaking first-ever Men and HIV satellite session at the 2019 IAS Conference in Mexico, and a follow-up satellite session at the 2021 virtual conference, the establishment of the WHO MenHT (Men and HIV Taskteam), and other initiatives. Multiple studies are underway, exploring possible entry points into HIV care for men.

These are important steps, but progress is slow and we need a paradigm shift to reach the goals of HIV eradication and universal health coverage. We need urgency in the response – we must reach the large group of heterosexual African men who do not yet know their status, and we must integrate men into responses to HIV, TB and SRH. We need meticulous, unbiased research to understand how men and women experience HIV and other risks differently, influenced heavily by their socio-economic and political contexts. We can no longer – at best – consider men’s health an optional add-on provided it does not take energy or funding away from the health of women and children. We need an effective and equitable public health response if we are truly to ‘leave no one behind’ – including men.