Predictors of loss to follow-up among patients on ART at a rural hospital in KwaZulu-Natal, South Africa

Improved HIV outcomes as a result of expanded antiretroviral therapy (ART) access is threatened by increasing rates of loss to follow up (LTFU) among those on ART, largely reported in urban populations. Some reports suggest that LTFU rates are overestimated due to patient movement to other facilities and inadequate medical records.

To define the proportion disengaging from HIV care as well as the characteristics of those LTFU in order to design and implement appropriate interventions to increase retention.

We performed a retrospective review of patients who discontinued ART at a central hospital ART clinic in rural South Africa and compared with patients receiving care at the 15 primary health clinics (PHCs) to determine the true proportion of those who were LTFU. We also compared those who discontinued ART with those who did not at the central hospital ART clinic to determine predictors of loss to follow up.

Young men with low CD4 counts early after ART initiation are at highest risk of ART disengagement in this rural South African HIV clinic. Novel interventions targeting this group are needed to improve retention in care. 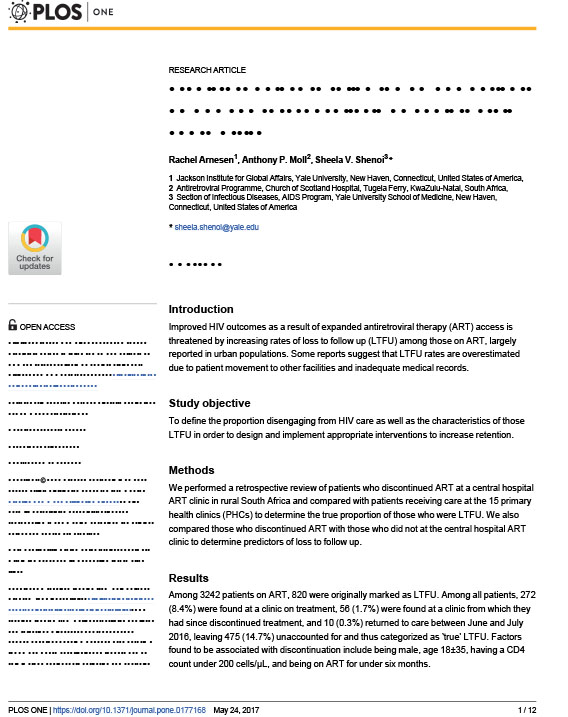