World AIDS Day, observed on December 1, draws attention to the current status of the human immunodeficiency virus/acquired immunodeficiency syndrome (HIV/AIDS) epidemic worldwide. This year’s theme is World AIDS 2015: The Time to Act is Now. The first cases of AIDS were reported more than 30 years ago, in the June 5, 1981 issue of MMWR. At the end of 2014, approximately 36.9 million persons worldwide were living with HIV infection (1). Although AIDS-related deaths have decreased by 42% since 2004, an estimated 1.2 million persons died from AIDS in 2014. Global efforts, including the U.S. President’s Emergency Plan for AIDS Relief (in which CDC is a principal agency), have resulted in approximately 13.5 million persons in low- and middle-income countries receiving antiretroviral therapy (ART) for HIV infection in 2014. Globally, approximately 15 million persons are on ART. An estimated 1.2 million persons in the United States and Puerto Rico are living with HIV infection and approximately 50,000 persons become infected with HIV each year. 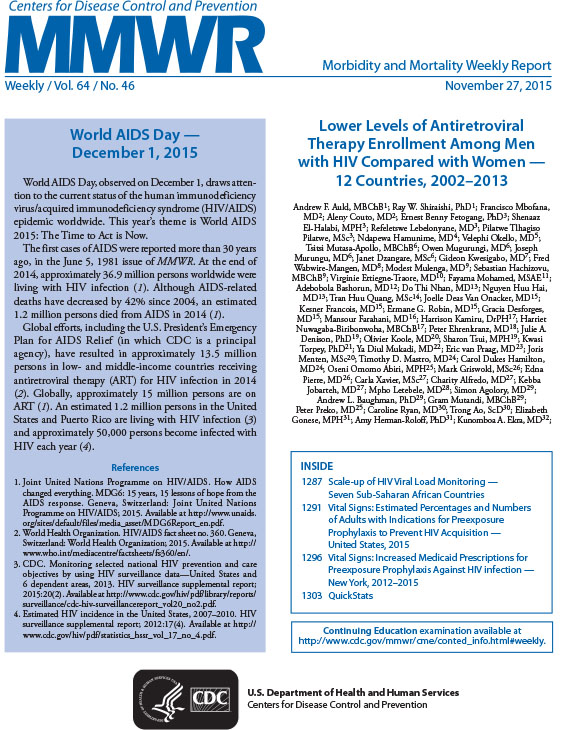