To evaluate the effect of early versus deferred antiretroviral therapy (ART) on neurodevelopment of infants from Cape Town participating in the CHER (Children with HIV Early Antiretroviral Therapy) trial.

Infants initiated on early ART have significantly better Locomotor and General Scores on the GMDS at median age 11 months compared to infants on deferred ART, despite careful monitoring and ready access to ART in the latter. 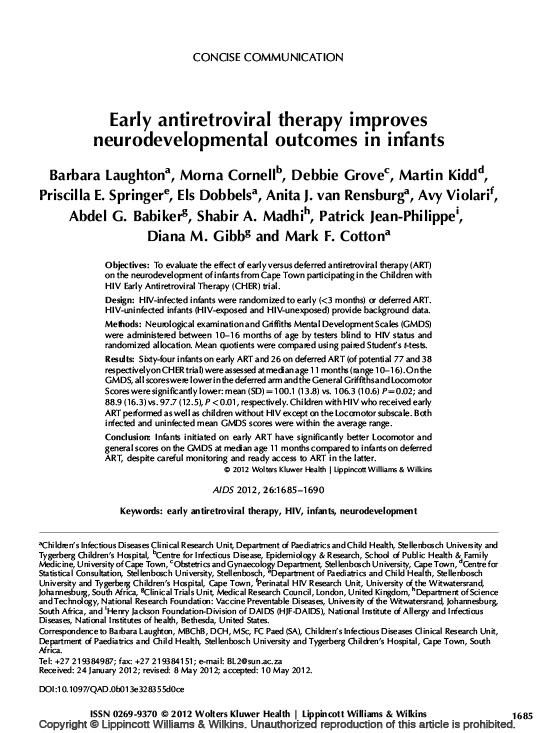